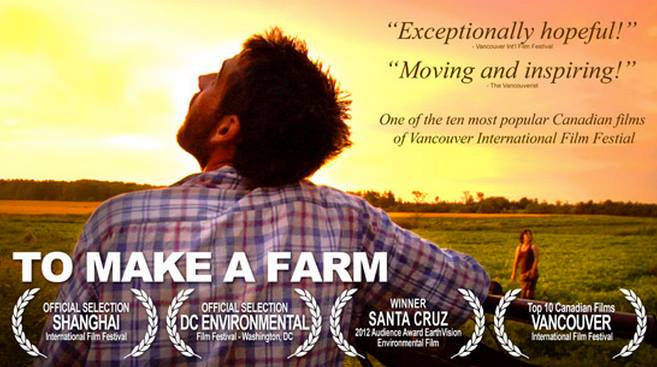 The November edition of the Louisville Grows Film Series will present the documentary, To Make a Farm.

Named one of the ten most popular Canadian films at the Vancouver International Film Festival (VIFF), To Make A Farm asks: what might the future of local food and farming look like? This beautifully photographed documentary explores the lives of five young people who have decided to become small-scale farmers. VIFF calls To Make A Farm “exceptionally hopeful, giving us a close-range view of humanity along with a detailed portrayal of the nuts and bolts of agriculture.”