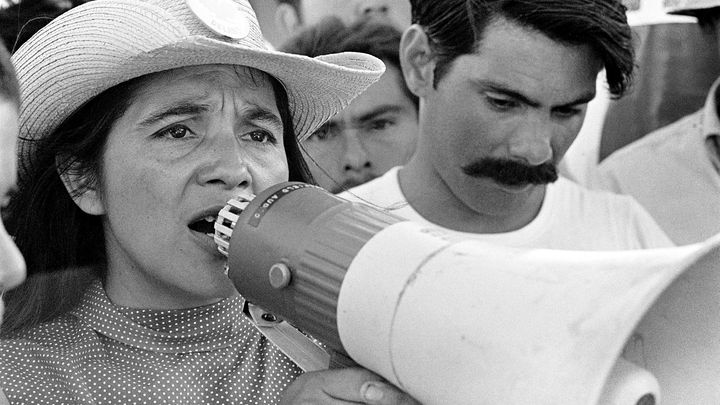 With intimate and unprecedented access, Peter Bratt’s Dolores tells the story of Dolores Huerta, among the most important, yet least-known, activists in American history. Co-founder of the first farmworkers union with Cesar Chavez, she tirelessly led the fight for racial and labor justice, becoming one of the most defiant feminists of the 20th century.

Louisville Grows is proud to introduce a new program, the Louisville Grows’ Film Series. This program aims to connect community members with documentaries and films focusing on environmental sustainability, personal health, and social justice. Our pilot screening in November of 2017, was standing room only with every neighborhood we serve represented. The participation was overwhelming!

On the second Thursday of each month, Louisville Grows will open our doors to the community and present an enriching film meant to inspire thought and actions. After the screening, a panel of local advocates and professionals pertaining to the subject matter of the film will lead a discussion with members of the audience. Louisville Grows is working to provide educational resources and opportunities for residents in some of the most ecologically and economically wounded neighborhoods in Louisville through this film series. Our supporters and the communities we serve have demonstrated they are receptive to this idea and engaged to the degree that we feel the Louisville Grows Film Series will become a core program in 2018 and beyond. The Louisville Grows Film Series is proud to be sponsored by Ale8 One