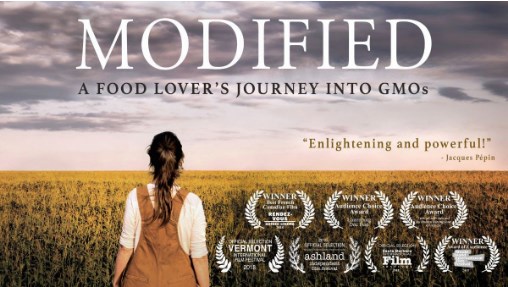 The film tells the story of the filmmaker and her mother, whose shared love of food leads them into a deeply personal investigation into the world of genetically engineered foods (commonly known as GMOs), questioning why GMOs are not labeled in Canada and the US despite being labeled in 64 countries around the world. The film has been an official selection at over 60 international film festivals, receiving 13 festival awards since its release.

Modified, which is a visual celebration of the love of food and cooking, features recipes and cooking vignettes from the filmmaker’s award-winning farm-to-table cooking show on PBS Food. World-renowned chef Jacques Pépin calls the film “a very personal, tender, touching tribute and a well-researched, enlightening and powerful documentary”.