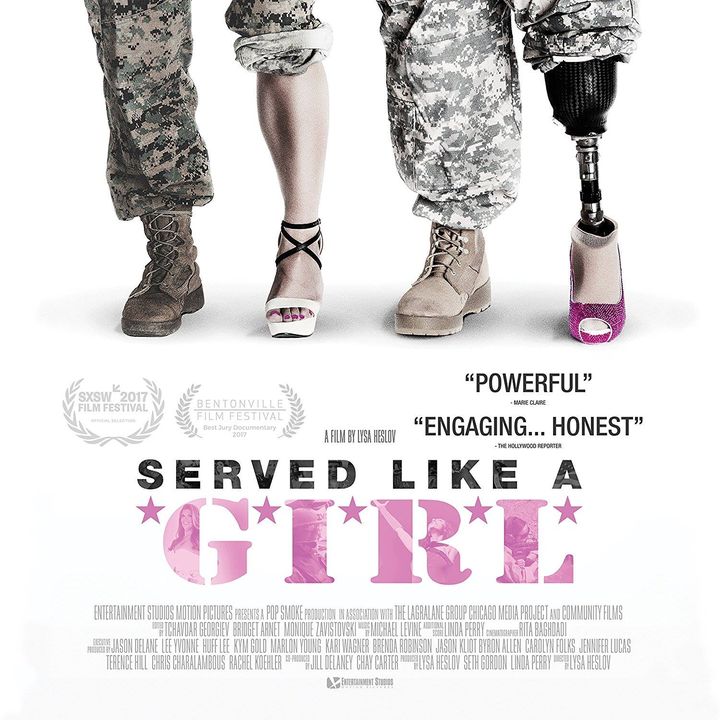 Event is free and open to the public!

Director Lysa Heslov’s powerful documentary, SERVED LIKE A GIRL, follows several American women who were wounded in action and are now transitioning from soldier to civilian after serving their country in Iraq and Afghanistan. Struggling with PTSD, homelessness, broken families, divorce, serious illness, and military sexual abuse, these remarkable women harness humor to adapt to the emotional, social and economic challenges they face, through the MS. VETERAN AMERICA competition. Balancing beauty and brawn, they are guided by event founder and veteran Major Jas Boothe, using the competition to regain their identities and way of life that they sacrificed in foreign wars. It is an engaging and honest look at an often unseen veteran reality. This documentary screening was made possible by Indie Lens.

About the Louisville Grows Film Series:
On the second Thursday of each month, Louisville Grows opens our doors to the community and present an enriching film meant to inspire thought and actions. After the screening, a panel of local advocates and professionals pertaining to the subject matter of the film will lead a discussion with members of the audience. Louisville Grows is working to provide educational resources and opportunities for residents in some of the most ecologically and economically wounded neighborhoods in Louisville through this film series. Our supporters and the communities we serve have demonstrated they are receptive to this idea and engaged to the degree that we feel the Louisville Grows Film Series will become a core program in 2018 and beyond. The Louisville Grows Film Series is proud to be sponsored by Ale8 One, and the ArtsMatch program by Fund for the Arts. From now until May 31st, we are given the opportunity for a $1 to $1 Match through our link- consider donating today!
https://louisville-grows-film-series.everydayhero.com/us/louisville-grows-film-series